Camp Out is a feature documentary film that follows the first The Naming Project camp in 2004.

For these six boys and four girls, it’s just as hard to come out as Christian as it is to come out as gay. They’re caught in the battle between religion, politics and sexuality that’s raging in the United States today. These kids are outsiders – their straight classmates ostracize them and their churches reject them.

But like all teens, they yearn to feel at home, somewhere. Struggling to find a way to be true to both their spirituality and their sexual identity, these teens come to camp hoping to finally find a place of acceptance.

Camp Out was the winner of the Showtime Vanguard Award and the Jury Award for Best Documentary Feature at New Fest in New York in 2006. Camp Out also won the Jury Award for Best Documentary Film at the Pittsburgh’s LGBTQ Film Fest and Long Island’s LGBTQ Film Fest. It won the Audience Award for a documentary at the Los Angeles’s Outfest and Montreal’s Image+Nation. Camp Out was broadcasted on LOGO network starting in July 2007. The video is now available at Amazon.

Our America with Lisa Ling

In 2011, The Naming Project was featured on Our America with Lisa Ling as a part of the episode “Pray the Gay Away?” View some sample videos below:

“Pray The Gay Away?” – The Naming Project PROMO – Our America With Lisa Ling 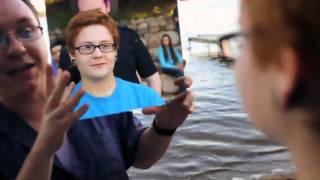 “Pray The Gay Away?” – The Naming Project
– Our America With Lisa Ling – On the Oprah Winfrey Network 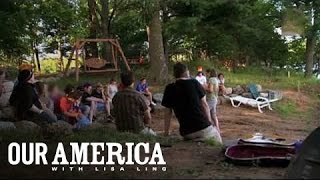 “Pray The Gay Away?” – Web Exclusive – Last Night on the Island
– Our America With Lisa Ling 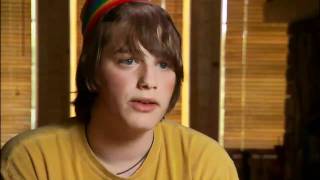